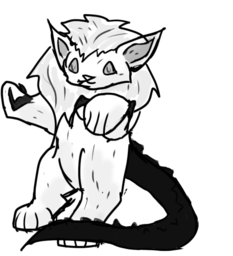 I first heard about D&D from my cousins, i think.
I first played it at camp, one long-ass session that was miserable because one round took, like, an hour.
I remember my first character… a Nezumi wizard thing.
I think i played at that camp again, but it was only in my first year in high school that i got to actually play. My character was a Ranger. This was first edition, so I had 18 comeliness. XD

Boy, did I save everyone’s asses with my longbow of win. Then it broke and i guess comliness doesnt do much because i wasnt able to beg a new longbow off the guy who was using it.
He also ran a campaign where i was a cleric of the plague god- evil is fun by the way. But the DM couldnt keep his F*** facts straight. >.> We really could’ve used this site.
Oh well. They guy graduated, the game ended, and i tried to play again, but nobody but me respected the new DM. Nice guy, too. It was going to be fun- i was a rogue or a shadowrunner. Both, because he tried to run two campaigns which both were screapped after the first session because everyone else were jerks.
Poor guy.

Anyway, I was desperate for D&D so with my cousin’s kind advice and help, I ran a game with my two male cousins, my female cousin, and my father- all awesome i might note.
It wasnt TOO bad. I learned that battles TAKE BLOODY FOREVER and that i cannot always expect pcs or their players to behave rationally.

Then I got to college and played the most fail character ever in a Call of Cthulu campaign that had extremely distracted sessions and switched to Warhammer 40k at the very end. My character got to be awesome, but she was possessed at the time. D’oh well.

My character Kyo in my next year opened my eyes to how awesome the whole thing really was. I felt inspired to become a DM myself.