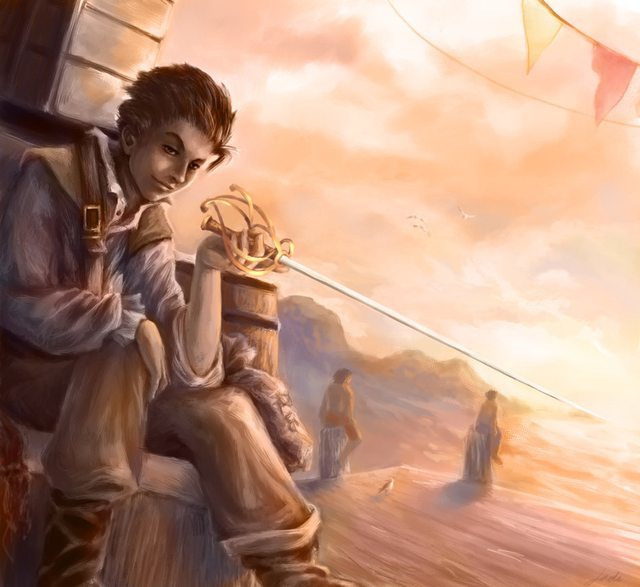 when I was 10 years old, my mother went to a NAM convention in Milwaukee. I met a kid there that would change my life. he had a book with such wonders in it, it made my head spin! Metamorphosis Alpha, when I got back home, I bought a copy for myself and a friend and I played it till we knew a rule (yes, I still have the copy). we then got into a group of kids playing D&D. in Missoula, Miscon was just getting started. I believe I still have the coloured paper badges they gave out somewhere. anyway, while I was there one year, I won an opportunity to play a Drangonlance character in a session GM’d by Tracy Hickman. yes, THE Tracy Hickman. the room was so crowded with jealous people it made it a blur. it was still one of the best experiences of my life!
I went into the military where I found some friends who were into rolemaster. I quickly learned the game and during the 5 year tour, being deployed together was able to play almost constantly throughout. minor things like “fraternization” and “geek/nerd” came up, but we still found a way. I didn’t get to play much until recently when I met a kindred spirit in a fellow marine who my sister in law is dating. he is a huge fan of D&D. so I decided to just get back into gaming despite it not being Rolemaster and have some fun! since then, been having a ton of fun at the cons and opening up a new chapter of gaming with this right here.

I think I’m quite ready for another adventure! – J.R.R. Tolkien