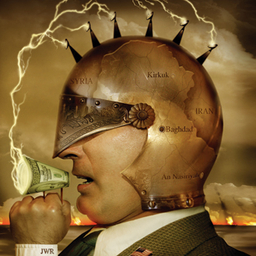 I’ve been playing RPGs since 1984 when my mother gifted me with a copy of the original red D&D box set that came packed with old school B2 – Keep on the Borderlands. Man I’ve played that module every which way you can.

Since then, been through all kinds of RPGs. Did a really long tour of duty with AD&D (both 1st and 2nd editions). There were also many Palladium games played and GM’d during those formative years. Then switched to GURPS and toyed around with a few other systems: Marvel Super Heroes (which I still like and will play), Champions, more GURPS, some 3rd and 3.5 edition D&D and then nothing for a long while.

Then one day, I heard that 4th Edition D&D is being released and just like that I’m back into the game hardcore. There are a ton of things I really love about 4e (which I won’t go into right now) but there are also a litany of things to really get tired of. It gets me thinking that I should look into some super light weight systems, and for a while I examined RISUS, played a little octaNe and tried to convince my various available players that we should try Jovian Chronicles (no luck there).

What I realized was that I wanted to play something with a little more weight, but not go directly back to 4th edition. I wanted to use a world that felt kin to Conan without the constraints and limitations there put by Robert E. Howard and those who’ve followed in his footsteps. To that end I’ve now digested the Iron Heroes variant players handbook by Monte Cook and I think I’ll put together a game mixing that book with some of my favorite DM’ing staples and tropes (nothing too tired and worn out though).