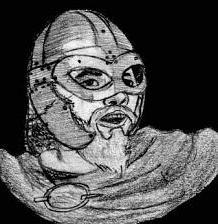 Eluadin updated the adventure log post Welcome to your campaign! in the campaign Forging Their Fellowship
March 06, 2017 13:10

Eluadin updated the adventure log post Welcome to your campaign! in the campaign Forging Their Fellowship
January 14, 2017 01:57

Eluadin updated the character Otbert of the High Pass in the campaign Forging Their Fellowship
January 14, 2017 01:50

Eluadin created a new character Otbert of the High Pass in the campaign Forging Their Fellowship
January 14, 2017 01:39

Eluadin updated the character Aldair of Mirkwood in the campaign Forging Their Fellowship
January 14, 2017 01:31

Eluadin created a new character Aldair of Mirkwood in the campaign Forging Their Fellowship
January 13, 2017 13:29