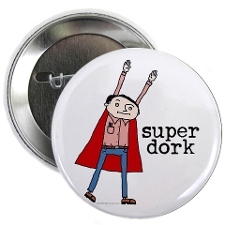 I’m originally from Weirton, WVa but have lived in Pgh since 5th grade. The guys I game with have been my friends for more of my life than they haven’t at this point. A fact we all hadn’t thought about until a few years ago. It was a shocking revelation.
I personally started with 2nd edition AD&D in early 90’s, then moved to 3E upon it’s release. A few years ago I fell in love with the idea and feel of Malhavoc Press’s Iron Heroes, and our fantasy campaigns have use that system since then. We have yet to play Pathfinder only because our current campaigs are long running.
I went to Pitt for History and Classics, having a fondness for the Ancient Medit, especially Greece and the Bronze Age world. Though when I was a kid, Egypt was my first historical love.

I love movies and get together with the DM of our Down Cthulhu mega-campaign regularly for mostly older films and some older tv. We have watched a lot in those several years now, such as Ben Hur, Casablance, Sword of Lancelot, Gunga Din, Vampire Circus, Cpt. Kronos Vampire Hunter, Forbidden Planet, Hercules Unchained, Land of the Pharaoh’s… For tv, we are currently watching Sharpe (in my opinion THE best tv show ever), Cadfael, and a world war 2 grouping of Hogan’s Heroes, Twelve O’Clock High and McHale’s Navy.
I keep trying to create my Top 10 Movie List, but find it impossible to choose 10 much less put them in order. My top 5 or so I am fairly sure about, including The Godfather; The Good, the Bad, and the Ugly; Big Trouble in Little China. Some of my favorite recently have been Inglourious Basterds and The Avengers.
I was watching Game of Thrones via netflix last year, but have found myself unable to move on to season 2 because of the death near the end of season 1 (one of my fav actors). It shocked and scarred me. I’m trying to get over it!

I also love reading, mostly history books and literature like Beowulf and Homer, but have been introduced to older adventure stuff (again by our DM). Doc Savage, H. Rider Haggard, and the wordsmith extraordinaire Talbot Mundy are the main examples.

As far as D&D, I am not a specialist type, but rather enjoy playing characters of pretty much all the classes. I do play arcane spellcasters the least by far. I would say my favorite ‘concepts’ are those that often fit into a ranger or rogue groundwork. My best two 3E characters in my opinion have, however, been an aasimar paladin and a dwarf fighter/cleric.
I became kind of disenfranchised with the limits of cross-class skills in 3E over the years, one of the many reasons I took to the ideals behind “Monte Cook Presents Iron Heroes”. I like that Pathfinder changed how that works, too. I am very disappointed in the seemingly dead idea of an Iron Heroes 2nd edition, which started out so well. I must admit it is badly in need of it even with all it’s philosophical positives.
One of my characters from Down Cthulhu, Rick Rathbone, may be my favorite and greatest character I have ever done.