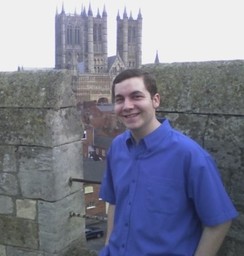 I first came to tabletop gaming about 6 years ago, and since then it has become a significant hobby of mine. I started with D&D 3.5, followed closely by the World of Darkness and Mage the Awakening.

I enjoy playing D&D (we mainly play 3.5/Pathfinder, although we’ve tried a little 4e as well), particularly the Eberron campaign setting; but on the whole I prefer a more streamlined and flexible system for most games I run (largely because I find that games which focus more of story and character interaction then on tactical combat benefit from not using D20).
That said, the various flavours of D&D are still some of the best systems that I’ve come across for a fun and tactical, “kick down the dungeon down, kill all the monsters and steal all their stuff” kind of game.

I love the nWoD system and settings (Mage in particular – it’s awesome), and also Exalted and Scion (also by White Wolf).

My favorite system of all is Fate, particularly in its Dresden Files RPG incarnation: it’s a light, narrative-driven system that focuses of characters and helps to propel the unfolding plot wonderfully.

One day I’ll find the time to work on combining Fate and nWoD Mage into my perfect game.