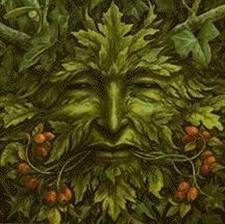 For fear of dating myself… I’ve been RPing now for over 20 years.  D&D as always been my bread & butter and started with DMing the D&D Basic Set  (Red Box) and B1 – Keep on the Borderlands for my little brother, "Gilly".  I had received a copy of the AD&D Game Master’s Guide even before this, but was too young and immature to fully comprehend its potential.  I’ve had some brief encounters with TSR’s Top Secret, Star Frontiers, & Gamma World, and also Stormbringer, Shadow Run, and Talislanta.  Played many years of AD&D 2nd Edition and was a player in a homebrewd game DMed by my brother, which to this day, I consider the most Epic Camp I’ve ever had the pleasure of participating in.  I missed the D&D 3e movement, but I started playing D&D 3.5e and moved over to 4e when it was released.  Right now Pathfinder 3.75 is where its at for me and I like the many improvements that has been made to the 3e rules chunkiness.

I prefer the "Iconic" race and class, and appreciate any new twist that can be placed upon them.  If its not the classic race and class, then its not really D&D for me anymore.  Forgotten Realms is my favorite setting, although I dislike what WotC has done with it in 4e.  I like a 50/50 game with meaningful Role-Play, which drives the story forward, and gritty tactical combat encounters.