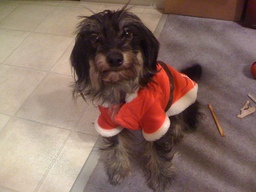 I became involved in Role-playing games at the age of ten starting with Advance Dungeons & Dragons. I remember flipping through the AD&D Monster Manual and looking at all the exciting creatures that I could face or place into adventures. I was also really intrigued by the art and modules for the Dragon Lance setting, which were the only game modules that my local store sold. A few years later, I still played, and Dungeon Mastered, AD&D but I expanded my RPG range further into several RPGs, including Car Wars (which I ran a successful five-year campaign for), Teenage Mutant Ninja Turtles, Robotech and Rifts.

While juggling my obsession with RPGs, it was during my sophomore year of high school that I found miniature war gaming- specifically Warhammer 40,000 (starting with the Rogue Trader book). I was hooked and my gaming focus slowly shifted away from RPGs to miniature gaming. Still dedicated to Warhammer 40K, I eventually would expand my miniature gaming into Warhammer Fantasy, Battlefleet Gothic, Flames of War, and Dystopian Wars (all of which I still play).

For a number of years RPG’s took a sabbatical for miniature gaming and with the exception of a short run at D&D 4th Ed., I did not get back into RPGs until I discovered Dark Heresy. As a Warhammer 40K fan and a RPG fanatic itching to get back in, this was the best of both worlds. Luckily, I had a circle of friends/fellow gamers with the same interests and on December of 2008 I ran the first mission of my Dark Heresy “Faith and Betrayal” campaign. The game was a hit and still continues today with new and old players. Since the introduction of Deathwatch and Rogue Trader from Fantasy Flight Games, I have introduced intertwining storylines using elements from these systems (it’s also cool to see players get excited when they get to play epic warriors of the Adeptus Astartes and lay waste to enemies).

Right now, I am busy continuing/developing the Dark Heresy/Deathwatch campaign but I still make time for the occasional board game or miniature game.