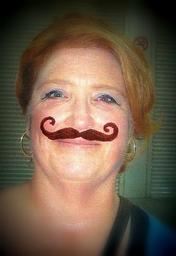 In high school I watched a group of geeks on the bus doing something amazing and wonderful… They were pretending to be someone else, together, and were imagining and pretending to run around and seek treasure and right wrongs and fight monsters! Bliss! I told myself “I want to do that”… so… I set about making it happen. I asked for and received the Dungeons and Dragons box for Christmas, made a character and tried playing it with my father over the holiday break (I didn’t want to look like a total dweeb when I approached them) but… the melee system baffled me… so… one day in art class I made my move. You see, there was this guy, skinny, kinda goofy looking, always carried his D&D books around everywhere in a brown gym bag. You know the type, honor roll, science club, glasses, hanging out at the library, found at lunch time with other geeks and dweebs, huddled over their books and papers at a rickety lunch room table totally lost to the real world until that bell rang. This was the guy I had targeted as my in, so I bolstered my courage, decided on a coy lie as my best opening gambit and approached the fella, asking “What’s in that funny brown bag?”

The rest is history. I have been married to that goofy looking geek for 25 years now. We have sampled many games over the years with my decided favorites being Powers and Perils, EarthDawn, Role Master (once I got my head around the 7 multiple page character sheet), Shadow Run and most recently Savage Worlds. Together that geek and I have raised two sons, both wonderful role players and creative, evil, budding GM’s just like their father. Our goal now is to become the oldest living active role players on earth… doesn’t matter we don’t remember what being in our 20’s is like, nor that we need giant dice with large, easy to read numbers, I imagine we will be sitting around our game table long after our spirits have departed our bodies.

Aside from gaming I am a baker and cake decorator by profession, paint illuminated manuscripts, enjoy embroidery, am an avid horse nut, enthusiastic long distance walker and confirmed book addict… not so much a hobby as a habit, really.