HanoverPhiste doesn't currently have any campaigns. 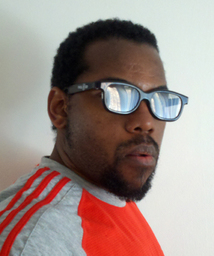 I’ve been playing role playing games since I was a middle school student in New York City in the 80’s. I started out on Advanced D&D & Top Secret. My earliest clear gaming memory is of playing AD&D at summer camp while in Vermont after my 5th grade year. Me and a coupla friends spent our free times rolling dice in between sessions of; taking trips through the woods on foot & bike, swimming, making stuff out of leather and other random craftworks, chasing and never catching girls, playing soccer and softball, drinking bug juice, canoeing, listening to the Beastie Boys, tetherball, tennis, archery and riflery. I can’t think of a better place to cultivate a young man’s imagination. And what imaginations we had. We ran a campaign through a few of the old stock dungeons that used to come with the old school boxed AD&D sets and I think we even went through a few of the Basic AD&D ones, just with beefed up traps and creeps to fight. Our characters were an insane pastiche of our favorite cartoons of the times. Part of our adventuring took us on a quest to find a + something Holy Avenger called the ‘Sword of Omens’. It was just like the one that some certain cat like humanoid used…but better. WAAAY better. Have you ever seen the rules for creating great weapons of magic in AD&D? Wait, who am I talking to here, OF COURSE you have :D

Anyways, so from there on I spent a lot of time in the library during free periods with the rest of my amazingly multicultural gaming group at school. For awhile there we decided to try different stuff. We played Top Secret when it came out. Paranoia (which the secret rules of I read on a certain ski trip and had to play dumb for the next coupla sessions – shhh. Also of note: that was the same school trip in which I first read the Watchmen. When you are on a bus to the other end of Massachusetts, you’ve got a lot of time to kill). We played Toon, which I must say was kinda great. I had a skateboarder guy who in his pocket had a skateboard, a yo-yo, and a refrigerator full of guns. And then one day my boy Rich came to school with the book for Teenage Mutant Ninja Turtles and my life as I knew it was changed FOREVER. Hours upon hours upon days of rolling up the craziest animal and vehicle combinations I could think of. And what was really amazing was that upon being introduced to the Compleat Strategist (an rpg store that I still use to this day!), on the very same shelf, from the very same company that produced the TMNT game was…ROBOTECH. The rest is history.

I have been primarily a Palladium guys since then. How could you go wrong? A company that had the rights for not only TMNT, but Robotech too, Heroes Unlimited (which led me to play a coupla sessions of the original Marvel Superheros Game, which was Unearthly good in my opinion), Ninjas and Superspies (Still my favorite Palladium book of ALL time). And was based on the d20 system that made AD&D so interesting. It was a win-win for me. I haven’t really strayed much ever since. Not that I am not open minded. I really enjoyed the old d6 version of the Star Wars game, and I played a coupla sessions of White Wolf stuff. But one half session of trying to play WW LARP style, I had to walk away. Man I thought I was a nerd LOL. But anyways, I am not trying to step on anyone’s gaming preferences because trust me, I’ve got a Nerf N-Force sword in my basement right now, I am game to do some more action-based LARPing for sure. But anyways, yeah Palladium has done a pretty good job of supplying content I enjoy. And Rifts. Wow, what an idea. Rifts just took all of the stuff I liked and put it into a really big blender. There are a few sour parts but for the most part, its pretty good.

An honorable mention goes to the Wizards of the Coast teams who put together the new versions of D&D and Star Wars. I think they did a bang up job of not only putting the books together, but also refining the rules and making real sense of specializing the classes. I had a really good time during the three campaigns I participated in using those rules and playing with my homies. I am looking forward to being able to try out the Star Wars rules version sooner than later.

Other than that there isn’t else much to know. I’m an artist, I dabble in music from time to time, and I got a regular 9-5 desk job to support my amazing son who is about to be 3yrs old. Sooner than later I look forward to opening up his imagination through rpgs the way mine was :D

GamingMegaverse updated the character Timmy in the campaign Damnation
June 13, 2022 07:00

GamingMegaverse updated the wiki page acknowledgements in the campaign A God...Rebuilt
June 07, 2022 01:21