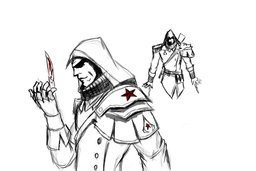 Jeffrey McGinty was born in 1958, in the slums of Boston. While he grew up of small repute he lived the dream from the young age of being a powerful political figure. He watched the news and saw men of power. He envied them and worked from day one to aspire to be something better. In 1976, Jeffrey got that dream, when he was accepted to Vanderbilt University, with a full scholarship. He had been accepted to an Ivy League school! In College, Jeffrey had many obstacles. His Irish accent and general impoverished state were looked down upon. Jeffrey spent night upon night working to fix this. His natural charisma and superior intellect aided in him overcoming his verbal obstacles. He worked hard in school, primarily focusing on business, after all if you weren’t rich how you could be a political leader.
After 3 years Jeffrey not only saw graduation in his sights early but had a job with J.P. Morgan. On October 15, 1981 Jeffrey was coaxed out of his apartment by a girl named Sandra, a classmate, to go to a U.T. football game in Knoxville. She explained that the game would be fun and she would make sure he had fun. He was urged by her feminine wilds and the need to live outside of his box for a while, maybe it was time for Jeffrey to finally enjoy himself, after all how could anything go wrong, his life was perfect. The game was exhilarating, UT, won. They went to the bars and began to have the time of their lives. While inside one of these bars, getting beers, Jeffrey saw a man who looked out of place. He was a striking fellow who wore a suit worth more than Jeffrey had ever seen in a lifetime. Attracted to power, Jeffrey felt it important to come by and tell this man of power he would soon have, how he might perhaps join this man in the ranks of the successful, perhaps as a way to make it real to Jeffrey himself. The man was very inquisitive into Jeffrey’s life, and how he had come to be in the small bar in Knoxville. Jeffrey, half drunk and half boastful, was more than willing to explain how he had risen above all odds and was going to get his dream. The man explained how impressed he was with Jeffrey, more so he knew that his family would find Jeffrey to be a perfect addition. He looked into his eyes and Jeffrey felt his “keen intellect” crushed. He left the building with that man and was embraced. At first Jeffrey was furious at the loss he had endured, could he never be successful? He now knows that he is more powerful than any mortal could ever be. He has also learned that power exist in the night and it is every bit as exciting.

EvilWriter updated the wiki page Octarine Base in the campaign Rebel Pursuit
April 23, 2022 05:36