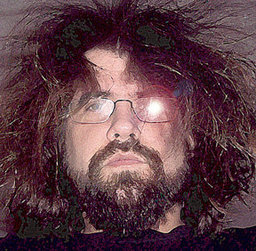 Born on a stormy Christmas day, in our nation’s capital, during the Nixon administration, the stars were definitely wrong when Stephen Radney-MacFarland came screaming into the world. Spending most of his impressionable years as a vagabond and ne’er-do-well, Stephen eventually settled in the Northwest to waste his life on roleplaying games.

Once that RPGA guy, Stephen is now a developer in RPG R&D where he doesn’t create the traps… he just makes them deadlier. He also teaches a class on roleplaying design for the Art Institute of Seattle, molding the minds of young and upcoming designers. Be afraid. Be very afraid