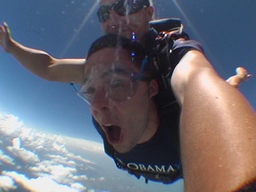 Greg Bilsland is an associate game editor at Wizards of the Coast, where he works on Dungeons & Dragons. Originally from Corvallis, Oregon, Greg now lives in Renton, Washington, where he spends his time writing fiction, playing games, and most recently, training to run the Seattle marathon. Greg's book credits include the Forgotten Realms Player's Guide, Monster Manual 2 (May 19), Divine Power (July 21), and Primal Power (October 20). Greg has also written several articles for D&D Insider. These articles include Class Acts: Swordmage (Dragon 367), Keep on the Shadowfell: Forgotten Realms Conversion (Dungeon 155), Forgotten Realms Thunderspire Conversion (Dungeon 156), Echoes of Thunderspire (Dungeon 156), and his personal favorite, Bestiary: Mindless Monstrosities (Dragon 367). He was also lead editor on Adventurer's Vault and the Eberron Player's Guide. Greg, 26, graduated as an English major from the University of Oregon and Clark Honors College. Originally a physics major, he gave up explaining the laws of physics of our world for designing the laws of other worlds. Greg is an avid traveler and has visited over twenty countries around the world. His most recent excursion was a three week trip to Australia. If he didn't have a great job, he would undoubtedly be spending his twenties gallivanting around the world. Greg enjoys talking about writing, gaming, science, and travel, and he welcomes emails, messages, and facebook friends.