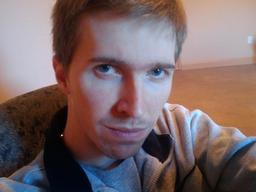 My first taste of tabletop gaming was Shadowrun 2nd Edition. I was nine years old. After that, I spent years playing Shadowun online in MUSHes, even doing a brief tenure as staff on SR:Detroit. From there, I expanded into World of Darkness, and only really jumped onto the Dungeons & Dragons bandwagon at the end of D&D 3.5’s life cycle. I began my tabletop GMing career when I was 17, and aside from the occasional hiatus have been running games ever since. Most recently, my obsessions include the Warhammer 40K Roleplay settings, as well as home brew settings and rules sets of my own design. I have also done work as a writer in the tabletop gaming industry, notably Shadowun.

Presently, I am running a D&D 4E campaign called The Chronicles of Uth, hosted by Obsidian Portal.

The Chronicles of Uth