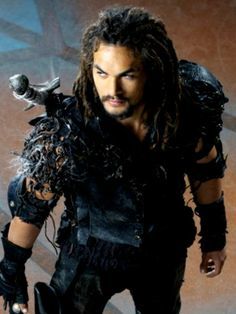 Well I started Gaming in 3rd grade on D&D 2.0 and I am 34 now…. I have played 2.0, 2.5, 3.0, 3.5, VTM, Marvel TSR, Mage the Ascension, and a home brewed game called Altered Reality (by Jacob Robinson). I have been a DM for Marvel TSR, Mutants and Masterminds and Supernatural RPG. I have enjoyed table top for many years and have grown up around it my whole life. I have helped introduce it to many people including one of the people currently in this campaign (Richie Boyd). I have literally went from High school Jock to IT Nerd but have never stopped playing, or wanting to play, Table top RPG’s. Also the people I have met through these game sessions have usually become great friends over the years. I also used to be a Digital animator and Visual effects artist in LA and hold a degree in such. I own a miniature dachshund named Thor, hope everyone has seen his new movie.

Speaking of movies, I love to go to the theater and just veg out over all the coolness that is cinema. My childhood dream of comic book movies is finally coming to life and it is so awesome to see these Characters come to life (Screw FOX and there movies). I am also a avid Comic book reader and collector when I have the money, my favorite Character is Iceman, AKA Bobby Drake. I also enjoy playing video Games on my PS3 but I am not big on first person shooters like COD I think they blow. No Disrespect meant :) This current game I am playing in has been the first big one in a long time as I was usually runnig something so it is a huge treat to finally get to RP again and let the fun time roll… or heads which ever comes first. I am not really good at bios so if any one has any questions just ask and I will add it in to this long ramble of nonsense that is my life as a gamer. To all a Good Morrow and may your mead be fulfilling!!!!

Some of my favorite Quotes:

“Football is an honest game. It’s true to life. It’s a game about sharing. Football is a team game. So is life.”
—Joe Namath

“Only two things are infinite, the universe and human stupidity, and I’m not sure about the former.”
- Albert Einstein (1879-1955)

“God gave men both a penis and a brain, but unfortunately not enough blood supply to run both at the same time.”
- Robin Williams,

JustinMason updated the character Player: Tyler in the campaign Heroes for Hire
January 29, 2018 02:03

JustinMason updated the character Player: Terry in the campaign Heroes for Hire
January 29, 2018 02:03

JustinMason updated the character Player: Jason in the campaign Heroes for Hire
January 29, 2018 02:03

JustinMason updated the character Player: Brian in the campaign Heroes for Hire
January 29, 2018 02:01

JustinMason updated the character Player: Aaron in the campaign Heroes for Hire
January 29, 2018 02:00