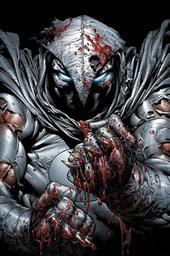 I’m a gamer, particularly of the video game and RPG/Pencil & Paper variety such as Dungeons & Dragons. I’ve been a video gamer since the days of the Atari 2600. The video gaming trend continued through the Nintendo NES and Super NES years. My gaming carried on through the 3DO (why did I buy one of those high-priced machines?) and has stayed consistent with each iteration of the PlayStation console, culminating now into the PlayStation 3. I also do some PC gaming, mostly with Neverwinter Nights because of its 3rd edition re-imagining and great gameplay, especially on roleplay servers.

My RPG days began with D&D 2nd edition, and I endured the revised 2nd edition. My real appreciation of D&D came with 3rd edition, especially when the math began to make sense, i.e. adding numbers together for a higher armor class not a lower armor class. The revised 3rd edition added some much-needed balance to D&D in my opinion, and I’ve been playing or DMing that version ever since. I’ve never played 4th edition, and unless something good can be shown to me about that system, I don’t envision myself playing 4th edition. I’ve also gamed Vampire: The Masquerade, TSR’s Marvel RPG (percentile), Marvel Super Heroes Adventure Game (SAGA System), Marvel Universe Roleplaying Game, Mutants & Masterminds and the Supernatural RPG.

My other hobbies include reading comic books, watching comic book movies (animated or live-action) and anime, listening to music (1980s especially), bicycling and gaming with friends.