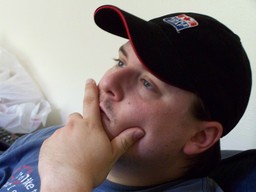 Hi, my name is Jay. (This is where you say “Hi Jay”…) Ok, well I’m a lover of all things Pen and Paper RPG, but have only played in a few campaigns. I’ve also GM’d only a few. Those I did were short adventures, usually at the last minute, with no prep time, and very poorly rolled characters. Not to mention, all the prep time is spent building the characters, and none on the actual adventure. So, at the very least, I suppose I can say I am creative, if I am anything.

I choose the Palladium system for my campaigns over all else, as that is what I was first introduced to 16 years ago when I started playing games. The first game I was ever a part of was the original Palladium Robotech. Now, I say that, because that’s what the GM called it, but in reality it was a mix of Robotech, Rifts and PFRPG. I came to adopt that genre when playing, and most of the games I ran were in this mixed genre.

A few years ago, at my bachelor party (of 5 guys), I hacked together a quick adventure that we ran. I was under the weather, had a guy who just wanted to do nothing but run in the opposite direction, and had not properly sized the end monster, but all in all, I think everyone had a good time (they said they did anyway, so if not they are liars…).

Oh, and by the way. Don’t ever try to run your girlfriend/wife through a TMNT game, if she is not fully versed on the concepts of P&P RPGs… Trust me.