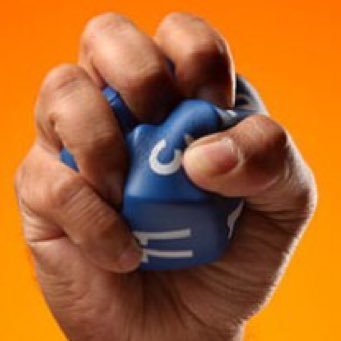 I remember one of those playground friends of mine who was in all of the advanced classes talking about a game with swords and monsters and magic and everything cool in the world a budding artist in the 5th grade could ask for. I saved my money, purchased a box that read DUNGEONS & DRAGONS on it, took it home and opened it.

“Huh? What’s this, maps and coloring books? These dice are cool I guess, but wha?” Three pages into the first book I stopped reading and started skimming the illustrations instead. They held my attention only slightly longer and I shelved the whole box away, disappointed.

Later that summer my schoolyard friend and I were digging through my closet looking for a badminton racket.

“Whoa, you play D&D?” he asked when the box was uncovered like a long-forgotten treasure chest.

“No, not really. I haven’t had a chance to read it yet.” I lied, not willing to admit that I just didn’t get it.

“We need two more guys!” he replied and ran off to use my folk’s phone. Latter that afternoon and deep into the the night, he DMed his first game ever for the three of us; a published adventure called ‘The Caves of Chaos’ that he had experienced once before as a PC dwarfen fighter named Bullet Ironhelm.

I have been deeply hooked by this pastime ever since.

I am all growed now, but still as dumb a kid as I can manage to get away with. I am a cartoonist by day to pay the mortgage, and during the drive to and from punching that clock I fill my head with game what-not dreams and write the best bits down as soon as I may. Below are my usual suspects, but I love to try new things too.

Legacy of the Realms

The Temple of Elemental Evil

Gianca1 updated the adventure log post An oopsie daisy death from a reluctant hero in the campaign Heralds of Destruction
June 16, 2021 22:35

Gianca1 updated the adventure log post An oopsie daisy death from a reluctant hero in the campaign Heralds of Destruction
June 16, 2021 22:34

Gianca1 updated the adventure log post An oopsie daisy death from a reluctant hero in the campaign Heralds of Destruction
June 16, 2021 22:32

Gianca1 updated the adventure log post An oopsie daisy death from a reluctant hero in the campaign Heralds of Destruction
June 16, 2021 20:38

Gianca1 created the wiki page Rivington in the campaign Heralds of Destruction
June 16, 2021 20:36