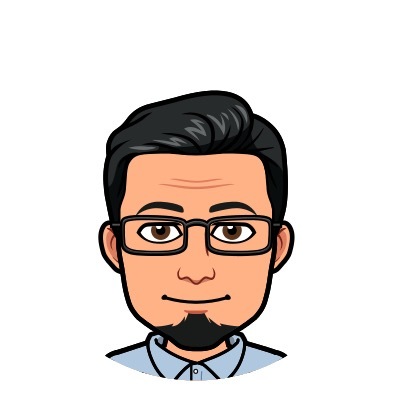 I’ve been playing Dungeons and Dragons since 1983, back when a fellow classmate at the end of a school year showed me a copy of TSR’s first edition, Monster Manual. I’ve been hooked since, following the game through its ever-changing editions.

Although I’ve been a Dungeon Master (DM) most of the time, I started out as a player. I have fond memories of my first characters, Goldentag (a Ranger/Bounty hunter who shot golden tipped arrows) and a monk named Amsorak. I named Amsorak, I think, after a lake in Gary Gygax’s Greyhawk campaign. Amsorak was in a Greyhawk campaign created by a high school acquaintance. It was from this DM that I realized the potential and the shortcomings of what a DM can offer.

After the campaign died out, I tried starting my own campaign which was pretty inconsistent for years. In the early 90s, some friends and I started a Forgotten Realms campaign with me as the DM.

Set in the Forest Kingdom of Cormyr, that campaign started family names like Crestkeeper, McClure, Theoff, and characters like Jorrond (Lil’ Jon), Syn Darkblade, and Goldentag—inspired by my first D&D character. Although the campaign lasted only for a few years, it was that campaign’s well-developed characters and rich storyline that has since evolved into what would become our current award-winning campaign, The Legacy of the Realms.

In the late 90s, a fellow coworker and I started talking about Dungeons and Dragons after sharing views regarding a Forgotten Realms novel. That conversation led to the creation of the character, Zaachaeus De’Barronn, which relaunched the Forgotten Realms campaign I started years before.

Other friends joined in throughout the years as we played through 2nd Edition D&D up to the 3rd (3.5) Edition system. During the 3rd Edition era, we had a great cast of characters like Caldreas, Ang, Lo-kag, and Vyn, who helped continued the storyline that was started nearly two decades before.

When Wizards of the Coast started its 4th Edition (set over a hundred years in game time since the 3.5 Edition), we created what is now, The Legacy of the Realms. Except for races that can live for centuries, most of these characters and NPCs are what we refer to as “legacy characters/npcs”, grandchildren of characters and NPCs established prior to 4th Edition.

Except for one or two players, everyone else had to create 1st level characters from scratch. But, rather than consider it as “starting all over again”, creating legacy characters has kept alive an epic saga that continues to write itself out with each weekly gaming session.

We were fortunate enough to have had the opportunity to have been invited to playtest D&D Next. Now, The Legacy of the Realms has moved into the 5th edition of Dungeons and Dragons.

We look forward to how The Legacy of the Realms will continue the epic stories of daring adventures and fantastic quests which began decades ago.

I’ve been teaching English for thirteen years now. I am a husband to a great wife who supports my RPG addiction, and a father of two beautiful daughters and a three year-old son.

I hold a B.A. in English Literature, a Single-subject in English Clear Credential in CA, and an M.S. in Education (Technology in the Classroom).

Besides playing D&D, I enjoy reading (fantasy and horror are my favorite genres), hiking, playing golf, playing the bass guitar, playing video games, and watching movies. I was an avid World of Warcraft gamer (Edgarpoe, Shadowsong server, Horde Recon guild, member since 2008) but have taken a break from it.

A future goal of mine is to write a fantasy or horror novel—or both!