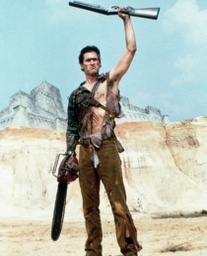 Going through life, I have never had my own identity that set me apart from the crowd. Overshadowed by my big brother, falling into different groups, blending in with my friends; always trying to appease others but never being fully accepted or appreciated. Sure, some say that they do, but deep down they don't. It is not paranoria I tell you. This is life. This is truth. I work hard at everything I accomplish. Why do people judge me the way they do? Acceptance is all I ever desired. Its all I have wanted. Does it matter if I don't know the definition of a word I never heard? Does it make me less of a person because I don't know the capital of a foreign country? Do you think I care about those things? Well, I have news for you….I don't. I have a very bad habit. I don't know why I do it but I do. I tend too…no…I like to let people underestimate me. Let them think they are superior. Let them think they are smarter. Let them blow their trumpets and pat themselves on the back. For I care not of such insignificant glory and self-righteousness. I don't need to be stroked like some others are. Let them be their rude selves, their hypocritical beliefs, their self-proclaimed greatness; it does not matter to me. Accept me for who I am, and not what I act like. Look at the person and not what you choose to see. Don't look for trophies or awards (I have them), they do not make me. I just make myself. And you can either accept it or don't. And if you don't, then to hell with you. But now I have my identity. I have achieved levels of things that most would not be able too. Even my close friends do not know exactly what I have fully accomplished. I don't brag about those things. But I will brag about one. My ultimate identity. REX TUCKER!!!! Disco Detective, Navy Seal, Space Trucker, Sports Icon, Porn Star, Vampire Slayer, Robot Destroyer, Zombie Hunter, Super-hero, and Demon Killer. * Rex Tucker and associated content is under the sole ownership and copywrited by ME!!!! Deal with it Biotches!!!!!!

The Isle of Deroge-The Grand Wager...

Trouble in the Silver Marches

The Weight of Rubies