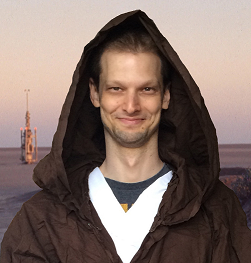 I’m a Developer here on the OP site, so feel free to message me if you have any questions. I’m happy to help!

I live in Houston, TX, am happily married, have 3 kids, and have been a professional software developer for almost 20 years.

I’ve been playing TTRPGs for about 30 years.  At the beginning of middle school, a couple of friends learned about AD&D 2nd Edition through one of their uncles and asked if I wanted to play.  I was immediately hooked, and I have been playing and GMing off and on since then in various forms.

I’ve only ever run games as a GM in the various editions of D&D.  I’ve played in some sessions of RIFTS, Mage: The Ascension, Changeling, and most recently some d20 Star Wars.

I also play a “verbal only RPG” with my daughters that they call Fairies, which involves them playing fairy characters that get into various situations.  It was decided, by them, very early in the game that one of their powers was the ability to rewind time.  So, any time they don’t like how a particular story line is turning out, they call out “back in time!”

Of Runes And Giants

twiggyleaf updated the character Nurulamba in the campaign Council of Tea-Leaves
October 13, 2021 04:53