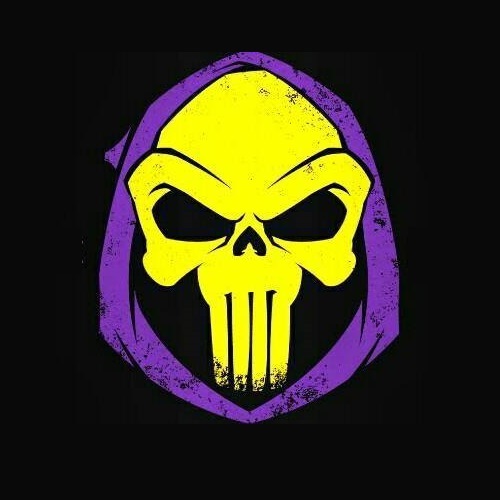 I’ve basically been writing my whole life, since I was old enough to put crayon to construction paper!

When I was in sixth grade, my uncle Steve introduced me to the then-current Dungeons & Dragons game (not to be confused with Advanced Dungeons & Dragons), in this game you could play elven elves and dwarven dwarves, I never looked back.

My uncle Steve was employed by I.C.E. (& later Mjolnir LLC) and was a heavy influence on me. Allowing me to playtest and contribute to many of I.C.E.’s early material. I even collected a few checks from them when I was in High School and it looks great on my resume!

I continued writing throughout Elementary School, High School, and College. Even in my later years I would always be doodling something about my campaign world. I ran campaigns for friends off and on over the next two decades.

Unsure what I wanted to do with my life I joined the army, 1st Cavalry Division Artillery; CAVarty. I participated in Desert Shield & Storm. I ended up stationed in Pine Gap, Australia in the summer of 1996 and after 6 years decided not to reenlist. I spent the next year and a half backpacking across Europe and the United States. I also earned a pair of Engineering degrees while I was in the army. Civil Engineering & Glass & Ceramic Engineering.

I then attended Paul Smith’s College and earned a two year degree in Culinary Arts & Hotel Restaurant Management. I spent the next year unsuccessfully trying to find a “career” in the food service industry. I enjoyed cooking, just didn’t enjoy the business.

Deciding to take my life in another direction before I got to old I figured I would go for a tech degree. Video games were just starting to make a big comeback, and I was a HUGE Quake player. It seemed the right fit.

I attended Full Sail University 1999 – 2002 and graduated with degrees in Entertainment Business & Game/Product Development. I even got to attend Dave Arneson’s Game Design class and participated in his weekly RPG games and he in mine!

Ready to break out into the world of video games I landed a job with the newly created Big Huge Games. I was very excited and many promises were made. I ended up doing a lot of ‘menial’ work my first year. The company was consumed with its fledgling title “Rise of Nations” & their custom game engine build for it. Suffice it to say I didn’t last long, feeling pushed to the side I was ready to explode with creative magma. I needed to work somewhere I could vent. I usually poured these creative juices into my role playing games much to the delight of my players!

I became (maybe I always had been?) obsessed with gaming as a whole. I was very active in the video game community, traveling the country to participate in LANs and spending hours on end playing online. I even had a stint as a ‘Pro Gamer’ winning several awards and titles.

I was also still heavily involved in table top gaming and in the summer of 2002, I submitted a Dungeons & Dragons adventure I had written for my own group, “of One Blood…,” to Dungeon magazine. They accepted it! Unfortunately this was exactly when Pazio acquired the rights to it and they never published my scenario, but hey I got paid!

Afterward, I thought, “Hey, that was cool. I wonder who else will pay me for writing game stuff?” I then submitted a cover letter, resume, and writing samples to every roleplaying game company I could find on the Internet. This was at the beginning of the d20 boom, when Wizards of the Coast released the core Dungeons & Dragons rules mechanics for other companies to use for free, so plenty of companies were out there.

My strategy worked. My first project was for Palladium Books (sometimes called “Palladium Games”); my second was for Pandahead Productions. After that, things just got better. I became a full-time freelance writer, editor, game designer, and game developer. I wrote for all kinds of game companies, trading card games, and video games (they need good story development as well). I became involved in all aspects of product development, wrote timely reviews and articles for a couple of newspapers, magazines, and online media sources.

A few of my credits include;

I am a logistics coordinator for Empire Merchants North in Lyons, NY. I also own/operate a gaming store (FLGS) and am hard at work on my “Hobby Business” OSRPG.com, and slowly launching my own ambitious line of products.

I took game design at a college called Full Sail in Florida earning a pair of degrees. I also travel to various colleges, high schools, and trade schools giving a pair of gaming lectures a couple times a year. One is entitled “Principles and Theories of Game Design,” and the other is “Getting Paid To Play” (the second is more video game oriented), so I have some ideas about what makes a game fun. I can’t really go into it all in detail here, though, but I will say that everything comes down to choice. Choices are what make a game a game (as opposed to another form of media): the audience is actively involved in the experience. Choices in a game are best when they are interesting. (I have several criteria to determine whether or not a choice falls into that category.) If you have a game with interesting choices, you’re on the right track. I also believe All Games (with the exception of solitary games) are excuses for people who like each other to get together and engage in a common activity.

We cater to all genres of games and we feel that providing a quality dedicated game room is the best way for players both new and old to get involved in gaming and have fun! We offer a safe, clean environment to gather. Because of this, our facility is designed to house events more than retail space. It features numerous tables, comfortable chairs, and excellent lighting. We also have a several gaming consoles & PC’s, and large movie room. The game room hosts clubs Monday thru Friday and is open to all customers of the store. Weekends are usually for open gaming or events, so check our calendar for upcoming events or just call ahead and see what is going on today. We can’t be open all the time. Give us a prior call and we can be there for you or your group. Due to economic times we can’t afford to sit here and just sell a box of light bulbs. We hope you can understand.

I run a weekly session for my RPG/Tabletop gaming group, though we vary what we play. Organize & DM Wednesday Night D&D Encounters & D&D Lair Assault, and play Friday Night Magic every week. I am very active as an online GM and player using G+ & Roll20 VTT. I often fire up the XB360 (Gamertag = Dra8er) or PC for some online fun, or just relax with the family when I’ve got a moment.

When I’m not gaming, writing, or spending QT with the family I enjoy cooking, crafting home-brewed beer (& drinking it!), fishing, boating, reading, gardening or exploring the many gorges and creeks around Cayuga Lake.

More Info On Me @ Dra8er.com

They Would Be Heroes

lordzack updated the wiki page Imperium of Man in the campaign Coreline
December 15, 2020 17:22

lordzack updated the wiki page Avengers in the campaign The New Age of Heroes
July 11, 2019 17:58

lordzack created the wiki page Avengers in the campaign The New Age of Heroes
July 11, 2019 17:55