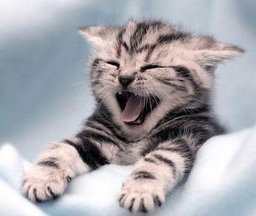 was born the Summer of 1979 in the beautiful state of Oregon. I grew up loving Star Wars, Jim Henson, and the great out doors. When I was about 10 a friend turned me on to Robert Jordan’s never ending Wheel of Time saga thus beginning my life-long love affair with Fantasy. I went to high-school in a small town, and then to college at Oregon State University where I met my best friend, lover and wife, a.k.a. “Danger Kitty!”. A couple of years after college my wife and I moved down to the lower levels of the Abyss otherwise known as L.A. county so that I could study Philosophy at Talbot Seminary. While there I finished with a Masters degree in this field and my wife also finished her MBA. Recently, the Good Lord sought fit to deliver us from the Abyss and we have since moved to New Zealand where I will be working on a PhD in Philosophy, upon completion of which I hope to find a real job!

fter Robert Jordan came J.R. Tolkien, Ursala Le Guin, Peter S. Beagle, William Goldman and many other great-and not so great-fantasy flings. In eighth grade a friend invited me over for something he called D&D. At first I thought it was a cult. Then I tried it, and realized I had stumbled upon the holy grail of fantasy geekdom. I did not at that time fully embrace my inner geek mind you, I had football and girlfriends and a reputation to worry about as a Freshman in highschool and I didn’t want to earn myself a scarlet “G”. It wasn’t till years later, after I had finished college that I took another look at D&D. Again, it took a friend’s prompting. This time I did not shy away, but came to terms with my inner geek. That was about five years ago. Since then I have worked hard to build my own homebrew campaign world, Eriond. Much remains unwritten, but I have fleshed out much of the northerlands of this world in my Age of Legends campaign. The Tales of Darkmoon Vale is a more recent campaign that, while set within the north lands of Eriond, makes substantial use of some towns and geography developed by Paizo. Feel free to take a look at these sites. Also, as is the case with most of us here at the Portal, I always love to here feedback from those who have visited my campaign sites. Just an update: now that I have begun work on my PhD I am no where near as active either in the forums, or working on my sites as I used to be. I hope to one day continue to build this world, but for now the demands of life have shifted my priorities elsewhere. I still check on my mail though so if you want to get a hold of me feel free to send me a line.

xamparelos updated the character Seven in the campaign Fallen from Forgotten Realms
October 22, 2021 19:33