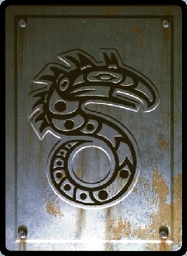 Talent Pool
Tenacity when working on something for the group and for gaming. Tend to overthink.


History
Jim has been gaming off and on since 1985 or so, introduced in various capacity by friends of my mothers in the Society for Creative Anachronisms. When his mother met the man who would eventually become her second husband (She having long ago dispatched the first — not really – more’s the pity) he was fortunate enough that that man was a gamer as well.

He has browsed but not played Pathfinder, Savage Worlds, Exalted, Ars Magica, kill puppies for satan (sic), Kobolds Ate My Baby, Warhammer 40K (Dark Heresy), and about 11 pages of the FATAL book. He claims to have died a little inside after reading FATAL.

Shadowrun : Into the Breach

DungeonMasterLoki created the wiki page The New Hive (Tears of Selune) in the campaign Planejammer: The Spelljoined
November 29, 2021 04:22

DungeonMasterLoki created the wiki page Mandible of Fate in the campaign Planejammer: The Spelljoined
November 27, 2021 16:11