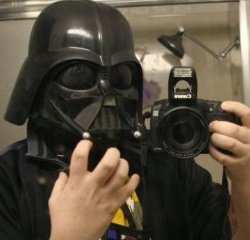 
Once upon a time, I was friends with a boy named Gustavo.  We were the same age, yet had very little in common.  Still, we spent a great deal of time together, just playing video games and watching soft-core skin flicks on Cinemax.  We were a bit too young to completely understand what was going on, but, I do recall we did enjoy the young blond lady who seemed to get a bit overexcited when she had a flashback.  But, that's neither here nor there.  One day, Gustavo was out with his family, digging through the junkyard for anything that they could make use of.  Gustavo came home, excitedly called me, wanting to show me something that he had found.

When I came by, he had a red box in his hand, some viking princess ready to defang a red dragon on the cover of it.  I asked him what the big deal was; he assumed it was a board game of some kind.  It had some dice in the box, but, the instructions were just too long.  We decided to play Kung-Fu on the NES, instead.

A few weeks later, another friend of mine invited me over to play something called Dungeons & Dragons.  I remembered the cartoon of the same name (and remembered that it was incredibly lame), but still, it gave us something to do.  Hours later, after having fled a damn-near impossible number of locusts, and hacked apart a number of bugbears, I realized that this game was incredible.  I had to get my hands on the box that Gustavo found!  After we finished, I raced to his home and asked him where it was… sadly, his mother had thrown it out.  Curse you, Gustavo!  Curse you, and your mother!  Frustrated, we went back to playing Kung-Fu, once more.

Still, the idea was in my head – I wanted to play Dungeons & Dragons again, or something similar.  A few years later, I was hanging out with another friend of mine, whose name I don't recall any more.  Amongst his room was a great deal of smut, but, most importantly, a book called Teenage Mutant Ninja Turtles (And Other Strangeness).  I asked him about it.  He handed it off to me.  It was all downhill from there.

Chronicles of the Amber Wolfe

GamingMegaverse updated the adventure log post The End of the Desperate Desperadoes in the campaign Damnation
April 26, 2022 00:13

GamingMegaverse updated the character Marsh in the campaign Damnation
April 20, 2022 06:12

GamingMegaverse updated the character Santiago in the campaign Damnation
April 17, 2022 00:24

GamingMegaverse updated the character Santiago in the campaign Damnation
April 17, 2022 00:08