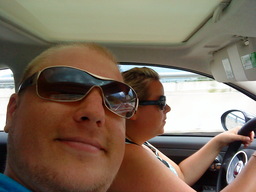 Swedish guy who became spoiled with roleplaying on a regular basis while living in the UK for several years. On holiday until beginning of September, after that I’ll be back in Bristol.

I like both “rollplaying” and “roleplaying”, but prefer to have slightly more of the latter if possible. I would say I prefer fantasy environments, but I do like some sci-fi as well as terror or other genres.

The most important thing is the group dynamic of actual players, and though I am not picky, I like my fellow players to have social skills and also enjoy time off the role playing together. Nerdieness/geekiness as a culture is fun, and I like being a part of it, but also to just kick it and talk about completely unrelated things.

xtremetko updated the adventure log post The Early Bird gets the Chip in the campaign Outremer
August 11, 2014 21:23