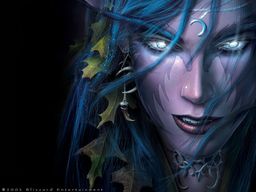 Okay, so the general info about me…let’s see.

I’m a post-secondary student at Thompson Rivers University in Kamloops, BC, Canada, where I have almost completed my BA in English Rhetoric and Professional Writing, and likely to go on to acquire a degree (or diploma) in Journalism following graduation. I currently hold two editorial positions with the University newspaper (Sports and Roving) and work as often as I can (which isn’t much) in the food and beverage service industry as a server/bartender. I took quite a few years off in the middle of my education (money sucks) to work, and hence I’m a 31 year old undergrad.

I love sports, especially football, though hockey is a close second (I am Canadian, after all) and pretty much all my non-sleeping, working, or schooling time is split between watching or participating in some sort of sporting activity and engaging in some sort of “geeky” activity like RPG’s.

I started gaming with a few friends around the age of 12, and though we had no idea what we were doing, my older brother loved having some minions to mess with. Not sure how it stuck…but it sure did. Mainly D&D all the way along, I also made forays into other systems, most notably Top Secret, Ninjas and Superspies (for a few months, I think) and Alternity (which I still think was awesome).

I think that pretty much covers it, for now anyway.

The Dark Queen of the West

RaseCidraen created the adventure log post From the Journal of Oliver Thackery - And the King's Favor in the campaign Arcanum 1780: A New World
March 30, 2022 00:19

RaseCidraen updated the character Riotous Red in the campaign Stars Without Number
January 07, 2022 04:06

RaseCidraen updated the adventure log post From the Journal of Oliver Thackery - And the Lost City in the campaign Arcanum 1780: A New World
August 25, 2021 01:02