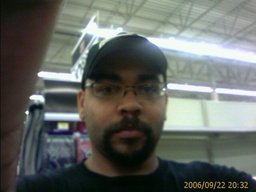 The Reverend Dr. Race is one bad moth- SHUT YOUR MOUTH! – But I’m talking about…wait. What were we talking about? Oh yes. Race! then we can dig it! His life reads like a like one part legend, one part Secret Agent dossier. Born in the winter of 1977, in Honolulu, Hawaii, without an immune system, Race spent his first couple of months of life, in a plastic bubble, determined to escape. So crafty is he, it is rumored that he made himself an immune system out of bedpan, a rubber glove and duct tape. After an unsettling tangle with island guard dog, Race was adopted by several families of island Sumo, who recognizing his families inner strength, often wrestled with our young hero one handed, teaching him invoke the strength of ten wild pineapple. His grandfather arranged to smuggle him off the island to the mainland in a prop engine plane soon after.

Born an only child, Race needn’t look far for friends or wanted siblings as he was often honorarily adopted into others families growing up, often minorities just arriving to the US from as far away as India, China and Japan. A few came from much closer such as a Native American tribe of the Mic Mac which adopted him, spending long hours shaping his imagination and outlook with culture and imagination.

Shown that the world was a varied and beautiful place of exploration, each family told him stories of magic, love, life, and struggle. Growing up, Race’s favorite stories were of dashing heroes and great villains. It were these stories of little things and people of large destinies that he kept with him, and his imagination alive.

Often under challenged, and bored throughout school, Race wanted to become a writer. It wasn’t until junior high school when first Race discovered role playing games did he finally find an outlet for much of his budding creativity. At first looking at role playing games as a way to tell stories about the characters he created in his boredom. Constantly forced to think outside the box to solve dungeons and puzzles, trick cyborgs and dragons, Race found his calling. Though it would be a number of years before he would head that calling.

Growing up in a martial arts family, Race is an accomplished Martial Arts Instructor and has served as consultant to several schools throughout the years. After school he often trained and sometimes served as a Bodyguard. He has rehabilitated abused and neglected animals, mainly dogs and horses, and currently has a ferret named Niko. For a time Race served as a Soldier in the United States military, where it is rumored Race received an injury that gave him his limp. Race states that “he was born too cool, so God gave him this limp to that other could one day catch up”. A single father of a the worlds cutest lil’ ninja, he as shown time and time again that one man really can make a difference. Race is bald now. We attribute this to the many hats he has worn throughout his life. He says that his hair is merely waiting to blossom, like a flower, for that special someone. He then grins evilly saying, ‘Or that is it that it recedes slowly so that it may strike!, Like a Ninja from the darkness….’ And walks away letting his daughter laugh manically for him. This hair thing really disturbs us.

Seattle: My Corner of Darkness

GamingMegaverse updated the character Hōrō-Sha in the campaign Rag Tag Crew
May 02, 2021 00:43