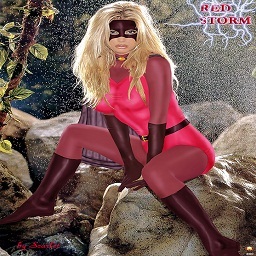 I’ve been playing RPG’s since I was a Teenager. No one would have suspected either, as I was popular, on the cheerleading team, etc., yet I spent my Saturday afternoons in the basement of a (male) friend’s house, with his “nerd” friends, rolling dice and slaying dragons. Though, to be honest, I kept this secret from my ‘popular’ friends, and went out with them afterwards or on Sundays.

I felt like I was leading a double life, until my ‘coming out’ in college, when I added the Gaming Club to my list of extracurricular activities along with my Sorority and Cheerleading. My Sorority Sisters really weren’t happy, but I didn’t care. I enjoyed my time spent with the people in the Gaming Club, and by graduation, had been Vice President of the club two years running.

My life now doesn’t leave me as much time for gaming as I’d like, and what little I do get in is usually limited now to once a month or through MMOs (WoW, Rift, SWTOR mostly).