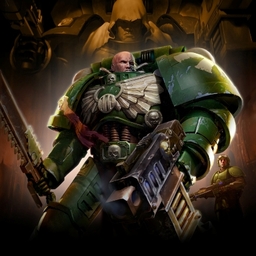 I started playing role playing games with AD&D at the age of 13, in 1987. I soon moved on to Paladium’s Robotech, and Twilight 2000 in my teens. Then, at the age of 17, I was introduced to Games Workshop’s Warhammer 40,000 and soon became a devoted fan of tabletop wargamming. I still played RPGs, including Rifts, Star Wars, and Shadow Run.

Always the DM, never the Player

In the beginning, I got to play. But after a few moves, I often found that no one else was playing the same RPGs I was. I often found the only way to get in a game was to become the DM myself. Over my teen years, my love for fantasy and sci-fi movies and books helped me to develop my own story lines, and lots of reading and feedback helped me start to develop my DMing style.

My Brothers and Me

Luckily, I had two younger brothers, Kevin and Robert. I eventually encouraged both of them to get into gaming, and DM’ed their adventures all the way until I left home. Robert, the youngest, really got into RPGs as well, and I ended up giving him my Robotech books, and many others. He eventually started running many of his own campaigns both for his friends at home, and later, for his platoon mates in the Army.

In 2000, I opened my own gaming store and started selling the then new edition, D&D 3.0.
Introducing D&D 3.0 into my shop also meant that I needed to support and run events for the game system as well. Since most of my customers were teens who had never played, I ended up filling in as DM for a group of about 10 teens. I liked many of the changes, such as getting away from THAC0 and using the D20 system. I spent a lot of time learn the new system and running games in my shop.

After closing my store, I got heavily into MMORPGs, starting with Ever Quest, then many, many, more. Eventually, I started beta testing for Turbine’s Dungeons & Dragons Online just before release. Finally, I ended up playing World of Warcraft. After waisting years of my life online, I decided it was time to step away from the computer and get back into the world of pen & paper RPGs.

For years, I had been working out of premade worlds, or imagined worlds that were never quiete developed enough to feel real. I wanted to really take the time to create a world that felt real, and immersed players in the enviornment. As I started back into D&D 3.5, I decide to top-down create my own vision of a fanatasy world. Obsidian Portal finally gave me the tools I needed to organize, develop, and build my own gaming world.

I decided to go down to the local game store and find other p&p gamers to form a group. After finding a reasonable band of gamers, we began the v1.0 The Watchtowers of Shadowgate Depths. The campaign only lasted a few sessions before it was obvious that some changes were needed. I reached out again, and found two new, great guys to join our group, and off we went again. Unfortunately, real life stepped in and again, I was looking for players. After one more addition, we continued playing for a few months longer, and then the party completely colapsed.

About the same time, I found Dark Heresy, an RPG based on Games Workshop’s Warhammer 40,000. I immediately knew that it was the game for me. I looked for a new party to join, on a sererate night from my D&D group, and found one close by. Finally able to play, I had a great time playing in the new campaign. But again, fate conspired against me, and this group also fell apart.

Grabbing a few old players, a few friends, and reaching out to guys in the Dark Heresy group, church, etc. I was able to finally find enough players to start a new gaming group. Hoping to revive the original campaign, we’ll see what happens.

To Error is Human

Only In Death Does Duty End

Keryth987 updated the adventure log post City of Splendors Session 4 in the campaign A Rising Darkness
May 15, 2022 20:10

Keryth987 updated the adventure log post City of Splendors Session 3 in the campaign A Rising Darkness
May 15, 2022 19:57

Keryth987 created the adventure log post City of Splendors Session 4 in the campaign A Rising Darkness
May 15, 2022 19:57

Leonidas300 updated the wiki page Dungeon Master Resources in the campaign A Manifestation of Chaos: Extinction Event!
May 14, 2022 06:35

Leonidas300 created the wiki page Weapon Damage by Size in the campaign A Manifestation of Chaos: Extinction Event!
May 14, 2022 06:31

Leonidas300 created the wiki page Grapple Flowchart in the campaign A Manifestation of Chaos: Extinction Event!
May 14, 2022 06:27

Leonidas300 created the wiki page Grapple Flowchart in the campaign A Manifestation of Chaos: Extinction Event!
May 14, 2022 06:27