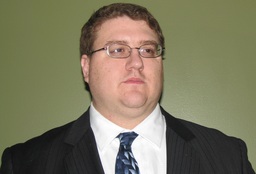 I have been gaming since 1987. I have worked for Comic Kingdom and Comic Kingdom 2 while I was starting college. This allowed me great access to a few gaming groups and a lot of different games.

My favorite campaign I have played in was a Gurps game playing in police cyber punk campaign. My character was a pistol specialist who was on the edge, high pain threshold, and overconfident. Because of his speed and skill he was the only one who really read the moranda rights to the bad guys,all the other players would wisely duck for cover I would stand in the open pull out my pistols and shoot people in the eyes while I read them their rights. It was a fun campaign until one of the players decided to quit the game and take me out with him. Any one familiar to gurps I had to go the full -10 x my HPs before I finally died. He riddled me with so many bullets both feet were blown off plus a arm. And I was still trying to walk away after that.

In my real life I have two daughters one born in 2006 and one New years eve 2008. My main work experience is in the IT industry. i am currently only playing in Mystery of Atlantis.

THE CIRCLE OF LIGHT