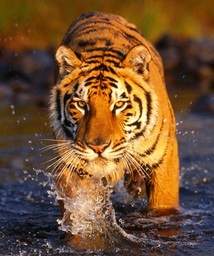 Tony, vice president and COO of Red Folder, LLC., has over 20 years experience as a Dungeon Master focused primarily in Greyhawk and Spelljammer campaign settings. During his career, he successfully ran over 15 campaigns exceeding 1 year each, killing several key player characters and disgusting at least 2 players who never returned to a game session. Longtime gamer ES comments: “Tony sucked as a dungeon master, but no one else wanted to do it. That bastard… I rolled a natural 20 with a vorpal sword against a nightmare beast. Fucker decided my sword wasn’t long enough to decapitate the thing, and it ended up killing the entire party.” “Yeah, that session really sucked,” concurs BH, President and CEO. “Dark Sun sucked enough! We ate sand, shit sand, and fought with bones and rocks. Damn thing was enraged when Eric half-cut it’s head off and I nearly died escaping with a teleport. But of course, it could somehow track me and kept teleporting after me until I ran out of power. Eventually my character was eaten and shit over a cliff. I think Tony was just mad that he got a speeding ticket earlier that day.”

Tony nearly finished a two-year technical degree at an inconsequential community college in the armpit of America. However his career already flourishing, he flushed it all away to run the Dragon Mountain series of adventures. BM, Vice President and CTO, recalls, “If Evoc hadn’t been wearing those Gloves of Missile Snaring, he’d have been shot dead by that Arrow of Slaying. Instead, I got MVP for that game. Good times… Of course, it cost me another term of college loans to get it.”

Not content with ruining or delaying other’s college careers, Anthony went on to begin a disastrous marriage to a hell-spawned succubus in 1999. Recovering his soul three years later, he began the long road to recovery aided by many long hours of Ghost Recon. Says Tony, “If I’d been any decent at making game mods, I’d have remade every mission to include the Plaintiff’s face on the enemy soldiers.”

Unemployed and nearly an alcoholic, he managed to land a job at a major financial institution in 2002 where he licked his wounds at the helpdesk and sneered at stupid end-users who couldn’t remember their passwords. A year later, he found himself managing the entire company’s workstations. A few years after that, he was promoted to a management position where it was thought he could do the least amount of damage. He contents himself today with online gaming and Cheetos.

GamingMegaverse updated the adventure log post The Past is Present in the campaign Rag Tag Crew
July 13, 2021 02:52