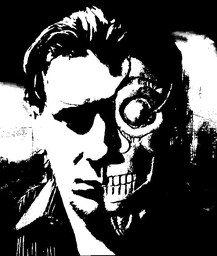 My introduction to role playing could probably be traced back to 1995 when my older brother Jeff got me HeroQuest for my birthday. For those poor unfortunate souls that have not played this game, it was a board game in which you took on the role of a barbarian, dwarf, elf or wizard and went on dungeon crawling adventures, fighting orcs, zombies, chaos warriors and the like. It had a lot of the elements of a RPG, a group of heroes each played by a different player, the Gamemaster was the evil wizard antagonist Zargon (which is actually the sire of my longtime nick name, ZarDog) who controlled all of the monsters and laid out the loose story that was the theme of every “quest”, and the progression of gaining gold and improving your character. I thought this was the coolest game ever to exist, always playing the elf while Jeff took on the role of Zargon. Later when I exposed my friends to the game, I took on the mantle of the evil wizard. After completing all of the “quests” in the QuestBook, I wanted to start creating my own. I sat down with some graph paper and went to town. I started linking the stories of all of the “quests” I made and thus my first campaign was born. It wasn’t until 2004 that I was introduced to my first “real” RPG. I got an invite from Shaun to join a D&D 3.5 campaign that he was starting. Though I had heard of D&D, I had never played or knew what it was about and thus far my only gaming experience was HeroQuest and table top strategy games such as Warhammer 40k. The concept sounded interesting enough and I loved trying new games so I accepted and thus Godraz the Minotaur Cleric of War was born. After the first couple of sessions I was hooked. Soon I was joining other games and trying new systems. Soon I began DMing my own D&D game and the love for creating stories as I did in HeroQuest was amplified. And now four and a half years later I have played many interesting characters and run a handful of campaigns, now running my symphony of suspense and terror, The Ambrose Chronicles

Kakita Hotsuma (Legend of the Five Rings) – This is an incarnation of a character concept I had wanted to play almost since the beginning of my role playing career. The initial concept was that of a arrogant duelist who only cared about showing the world that he was the greatest swordsman that ever lived and would go to any length to achieve that fame. I tried playing the character in a short lived D&D campaign but it just didn’t stick. Then when I was invited to play in an L5R campaign I revived the idea and in combination with my immense love for the samurai culture I created Kakita Hotsuma.

shauntown01 updated the character Acolytes of Julianos in the campaign Northend
May 06, 2022 20:21

shauntown01 updated the character Acolytes of Julianos in the campaign Northend
May 06, 2022 20:19