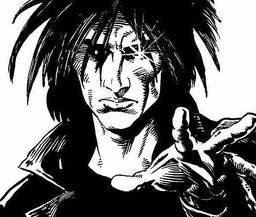 I started playing Pen&Paper RPGs when I was 13 years old (I’m 25 now). The first game I played was D&D 3rd Edition (3.0), and it was a mess. The DM didn’t really now what he was doing, and the rest of the players didn’t have much experience so nobody was sure how to handle things.
p. In fact, it was so ridiculous that at one point my character (a level 1 human cleric) was in front of a drake and since I didn’t know what to do (attack, run, piss my pants, or jump from the cliff I had behind my back) I started praying to my god and he/she sent an archangel to kick his ass O.O hahaha, I mean, talk about unbalanced gameplay right!? Well, in the end I thought it was an awfull experience and I decided I didn’t like RPGs after all.

That changed when I gave it another chance with a different group. I played with a couple of friends that already knew how to play (some of them started with AD&D so they were old-school D&D players) and I really enjoyed it. After a couple of sessions of D&D 3.0 I was hooked up, and I wanted to buy the core rulebooks, lots of dice, I looked for ways to improve my character, to use my skills in other ways, etc. In RPGs I found something that I had been looking for: something that inspired me to think out of the box, to be creative, to use my imagination, and to believe in something greater.

Since then I’ve tried other RPGs:

Some of them I just played once, and others a little more, but D&D was the one I played most (as it’s probably the case for many people). Eventually I embraced my inner geek and I tried being a DM. Now, that’s pretty much what I do.

gaaran created the adventure log post The Empty Set - Kickoff in the campaign The Melekar Chronicles
May 12, 2021 05:47