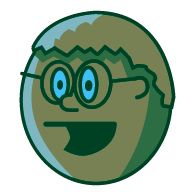 long time ago I was born in the fantastic province of Ontario. In this fine province I have been raised, schooled, and educated in the wonderful and mysterious workings of the world we live in. While I was in high school I met a beautiful girl whom I later married, and whom you all know as Serina. We continue to live, love and game together to this day :).

hen I was a young boy quite early in the 1980’s I would watch the original Star Wars trilogy over and over again on my family’s RCA Videodisc player. Whether it was the evil spaceships that seemed to stretch on forever, a dark sorcerer and his sword of red light or a single hero saving the day at the last second when all seemed lost, I was hooked on Star Wars.

It was a saga that made me dream at night of that galaxy far far away. For years those childhood dreams however went unfulfilled, as I knew of no way an adult could possibly bring those adventures in lands and space far away to life…

n the year 2004 my wife and I had started going to a local improv theatre and spending time with the local troop where we met a great deal of very creative people. After only a few weeks of attending, we were invited to participate in a Victorian steampunk set Mage LARP campaign, none of which we really knew anything about before then. This was our first experience ever in role-playing, and we both loved it.

Through that campaign we were invited to play in a Star Wars table-top RPG run on the old West End Gamess system, and this was our first ever exposure to both table-top gaming and the entire Star Wars expanded universe, which until then I never even knew existed. Two years later that Star Wars campaign came to an end, and we were invited to play in our first D&D camapgin, where I fell in love with d20 system and Wizards of the Coast’s writing. It was an easy decision when I decided to finally turn my Star Wars adventures into my first game as a GM to use to Wizards Saga Edition, it’s an easy system to learn and it’s been very quick to adapt to for my party.

Through all of this I’ve been lucky to have been with some great role-players, people like myself with real jobs and real careers but love gaming and imagining in their spare time and taking part in these epic adventures. The experiences with these great gamers are what made me fall in love with gaming, and are what will keep me gaming for years to come.

Dominance of the Yuuzhan Vong

WolfLord updated the wiki page Blackmarsh in the campaign Godlands, Rise of the Blood-Moon Kings
March 05, 2021 07:08

WolfLord updated the wiki page Gaelea in the campaign Godlands, Rise of the Blood-Moon Kings
January 31, 2021 03:00

WolfLord updated the wiki page The Frostfell in the campaign Godlands, Rise of the Blood-Moon Kings
January 31, 2021 02:55